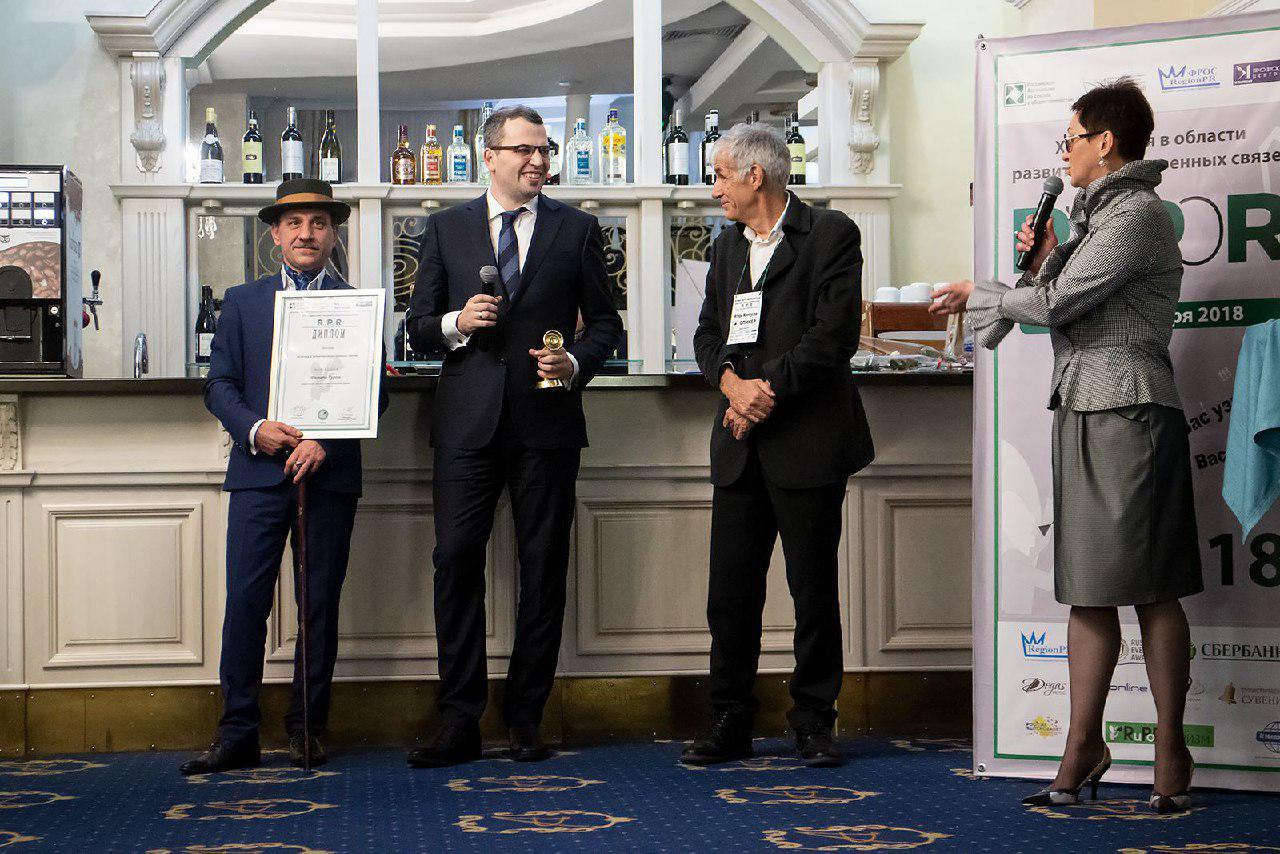 On December during the XIV PR Forum “PR Days of Central Russia”, the final of the XIVth Prize in the development of public relations “RuPoR” was held. This year the event took place in Voronezh. Managing partner of the communication group “Gurov and Partners” Philip Gurov received the highest award in the nomination “For contribution to the development of public relations.”

On the first day there were public presentations of projects in fifteen nominations. In total, about 40 works were presented at the competition, sponsored by leading PR agencies of the country, as well as PR divisions of the authorities and commercial structures from 12 cities in the Central Federal District.

On the second day, during the PR Forum “PR Days in Central Russia”, a series of master classes by recognized authorities of the domestic PR industry took place. Philip Gurov spoke to the participants and guests of the Award with a master class entitled “The Crisis of the Russian PR Market. What’s next?”. After all the reports, the names of the Laureates of the “RuPoR” Prize 2018 were announced in a solemn ceremony. Philip Gurov received the highest award in the nomination “For his contribution to the development of public relations.”

The managing partner of Gurov and Partners, Philip Gurov, comments: “The Gurov and Partners PR-agency has won many Russian and foreign contests. But this award is one of the most pleasant and warm. After all, we sincerely want our PR market to be professional and efficient! Contribution to the development of public relations? I do not think that at least someone alone can claim such a confession. For any contribution — always the work of a talented team! And I am proud to work with such wonderful colleagues in Gurov and Partners.

Gurov and Partners communication group is one of the leading domestic PR agencies. He has been working since 2007 and specializes in strategic communications, technological PR, work with the media and digital consulting. Among the key clients of the agency are the largest IT companies, financial and industrial structures, authorities, public and scientific organizations.

The Prize in the development of public relations “RuPoR” is included in the system of domestic professional PR-prizes. Events have been held since 2005.